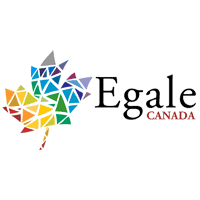 We at ContactsforLess.ca stand against homophobia, biphobia, transphobia and all other forms of oppression. This is one of the many reason we are proud to support Egale Canada Human Rights Trust, who are promoting lesbian, gay, bisexual, and trans (LGBT) human rights through research, education and community engagement.

Egale conducted Canada’s first and only national survey on homophobia, biphobia and transphobia in Canadian schools. It revealed shockingly high levels of bullying, violence and harassment directed toward LGBTQ students:

The cornerstone of the Safe Schools Campaign is Egale’s MyGSA.ca, the first Canadian website on gay-straight alliances (GSAs) in schools. The website is a resource-based information portal for students, parents, educators and administrators.

Every two years, Egale hosts the National Gay-Straight Alliance Summit, bringing together students and educators from across the country.

According to Statistics Canada:

As part of the internationally recognized Report Homophobic Violence, Period (RHVP)program, ECHRT continues to deliver critical LGBT-awareness training to police services and communities across Canada. This training includes an LGBT youth suicide prevention component as well as information on policing in the trans community and how to prevent and respond to hate-motivated crimes.

Egale organizes national conferences and consultations to enable LGBT Canadians and our allies to mobilize and strategize on issues of importance to our communities.

Services such as Egale’s newsletter and daily news clippings enable members of the LGBT community and those advancing LGBT equality to network and stay informed on the most important issues of the day.

Volunteer: Egale Canada relies heavily on the support and commitment of volunteers across the country.

Participate: Come to Egale’s Annual Gala or join us at one of the many events hosted throughout the year.