MENUMENU
15% off everything | Use Code SAVE15 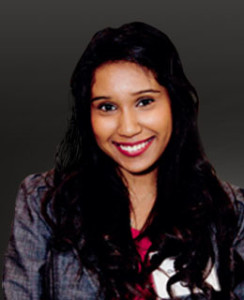 OneChild Canada believes that young people hold a tremendous power to change the world, presented with the right tools and information, they can and will change the world. Founded by Cheryl Perera from Toronto, Canada, has been inspiring youth through this organization to take action against child sex slavery since 2005. This Canadian-based, non-governmental organization is unlike any other organization that is dedicated to ending the global sex trade in children. OneChild was uniquely created and driven by children and youth with a shared passion for playing an active role in confronting the commercial exploitation of children and preserving the innocence of their peers around the world.

OneChild has teamed up with Action Pour Les Infants (APLE), a Cambodian non-governmental organization with a track record of success in monitoring and investigating child sexual exploitation and abuse in Cambodia. APLE has rescued and helped 566 children from sexual exploitation and brought 190 sex offenders to face legal accountability for their actions.

Children as young as four years old have been sold into sex slavery in Cambodia, and minors make up more than 25% of sex slavery victims. APLE’s “Against Trafficking in Persons Project” is vital in the hope to fight this disgusting crime.

This partnership with APLE hopes to reduce the number of persons that have been victims of human trafficking by increasing the number of traffickers that face legal accountability for their actions. This partnership also includes improving the support and protection mechanisms for trafficking victims by ensuring they have access to rehabilitative services and legal assistance. This partnership also hopes to improve policy and government response by providing training workshops for law enforcement officers.

When you choose to donate 51% of our profits to OneChild, your donation is actually helping their fundraising efforts. Your donation will help fund: