Journalist from Turkey sentenced to 21 months in Prison

Imagine you are going about your day, getting prepared to face your job once again, but this time, you’re not allowed to be heard. You voice an opinion and that opinion is not accepted. Instead, you get your freedom taken away.

According to The Committee to Protect Journalists (CPJ), On March 8th 2016, leftist newspaper Editor Baris Ince was sentenced to 21 months in prison. This was due to his apparent insulting words in an acrostic (in which the first letter of each paragraph spells a phrase) newspaper piece towards the President of Turkey, Recep Tayyip Erdogan, spelling “Hırsız Tayyip” (Tayyip the Thief). It was published on the front page in the daily newspaper called “Birgun”. The piece was then used as a court document against Baris. CPJ has addressed the president in a written letter stating “We call on Turkish authorities to drop all charges against Baris Ince and to stop using old, sweeping, and repressive laws to silence critics”.

Erdogan has filed over 1,800 cases under the article 299 of the Penal Code; penalties allowed of up to 4 years and 8 months for insulting the President or Turkey. According to CPJ research, many activists, journalists, students, and even a former beauty queen have been prosecuted because of Code 299. Unfortunately, there are still more than 20 pending cases against Turkish journalists. Some who may very well be facing life sentences for insulting the president.

Could you imagine keeping your thoughts to yourself as a journalist? Having no rights to opinions and only informative text would be allowed? And if you did tell it as it was, you could face prison, or even worse, death! That is insane to think that in this day and age, people are still being kept silent for telling the truth or expressing their opinions. Especially journalists.

Let FREE SPEECH live. If we do not have free speech, we have nothing. We cannot make change if we cannot speak about it. It is as important as any other “right” that we cherish.

Arrested from his home by masked security forces, missing without a clue of where he is being held, and supposedly being tortured throughout the process… 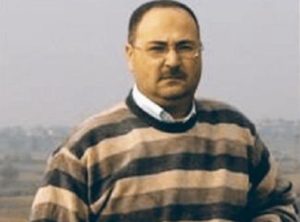 According to CPJ, On February 21st 2016, Correspondent Sabry Anwar for the independent newspaper “El Badil” was arrested by Egyptian officials over 10 days ago. After days of not being told his location, Al-Khedry (Anwar’s wife) says she received a tip on her husband’s whereabouts. When she attempted a visit with lawyers, she was told he was not held there. However, she caught a glimpse of him before she left. It is unclear why she did not protest about it, but she left without a word. About 4 days after his arrest, Anwar’s wife was able to meet with him again at Kafr al- Bateekh police station. Anwar then began to tell his wife of how he had been exposed to torture by electric shock on different occasions and pressured by security officers to admit to crimes he didn’t commit.

Al- Khedry attempted another visit at the same police station but was told by the same officer that he was not being held here, despite having met him there a few days before. According to Human rights organizations, when a person is taken into custody and their location is unknown, they are at a higher risk of being tortured. Which turned out to be true with Sabry Anwar, according to him.

Providing legal assistance in cases involving violations of human rights within Egypt, The Hisham Mubarak Law Center filed a complaint stating that Anwar was being illegally detained and subject to torture. CPJ’s Middle East and North Africa program coordinator Sherif Mansour said, “Given Egypt’s denial that Sabry Anwar is in police custody and his allegations of torture, we are extremely concerned for the journalist’s safety”.

In the weeks before his arrest, Anwar covered a piece about negligence in public hospitals, as well as alleged government negligence in searching for survivors of a sunken fishing boat. Editor Karim Saaed from El Badil commented to the CPJ “There are no known charges against him, and even if there were, he should not be treated in this way. We are afraid for his life.”

Those are only two of the many events happening in the world where journalists are being charged wrongfully, beaten, and even killed, so that important information would not escape to the public. One of the many reasons why we support the CPJ and why they are our group of the month. Click here to see how you can help, simply by purchasing your contacts through us.