MENUMENU
♥ use coupon code: SAVE10 and receive 10% off any product sitewide! ♥ 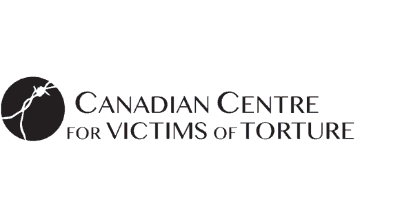 The Canadian Centre For The Victims Of Torture (CCVT) is a non-profit, registered charitable organization which aids survivors to overcome the lasting effects of torture and war.

From the Canadian Centre for the Victims of Torture website:

The Canadian Centre for Victims of Torture (CCVT) is a non-profit, founded by several Toronto doctors, lawyers and social service professionals, many of whom were associated with Amnesty International.

They had begun to see survivors of torture in their practices as early as 1977. Many of the survivors were in the process of claiming refugee status in Canada. The doctors saw the need for specialized counseling for the social and legal problems faced by these clients. Lawyers, social workers and community groups saw clients who were survivors of torture, and in need of treatment by doctors and other health professionals.

The CCVT was incorporated in 1983 as the Canadian Centre for the Investigation and Prevention of Torture. The name was changed in 1988 to better reflect the Centre’s mandate. The Centre was the second such facility in the world to be established. The first was in Copenhagen in 1982. In 2003, CCVT was accredited to the International Rehabilitation Council for Torture Victims (IRCT).

To learn more about the Canadian Centre for the Victims of Torture, please click here.

Sign Up For Email Updates and SAVE 15% Right Now